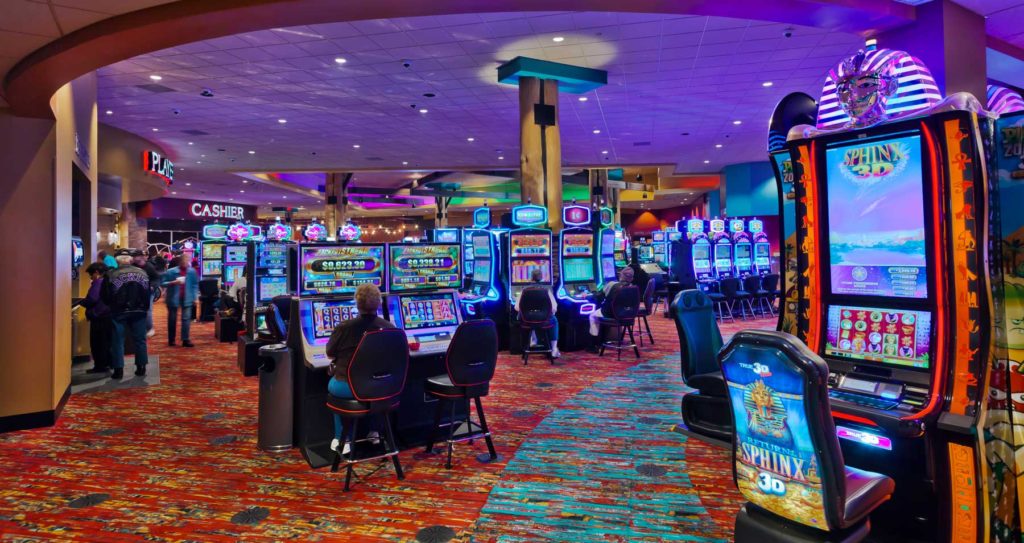 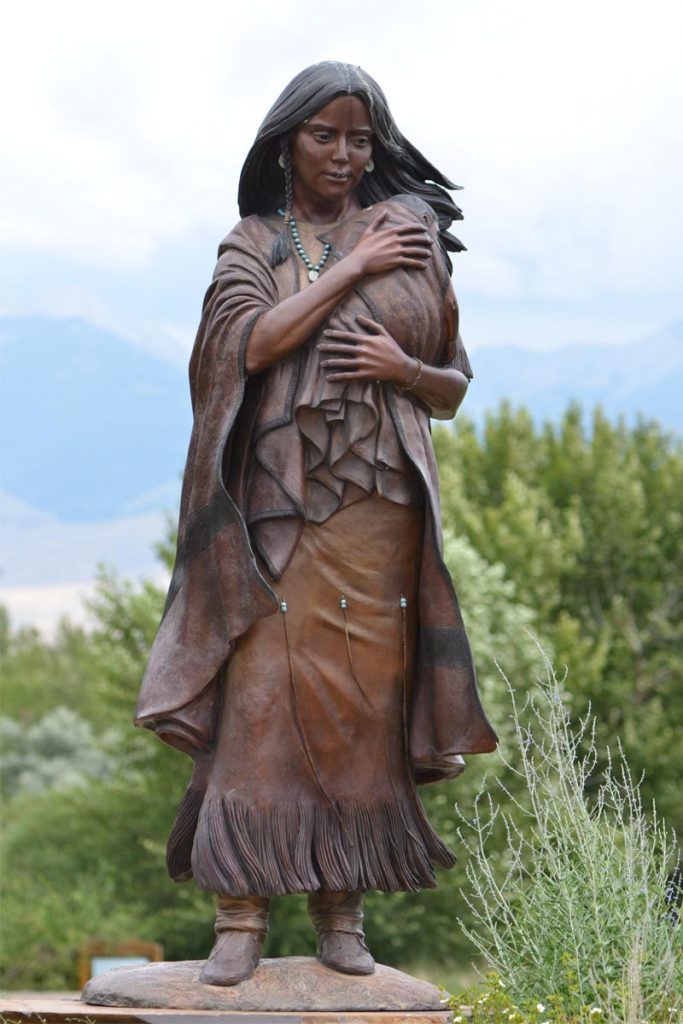 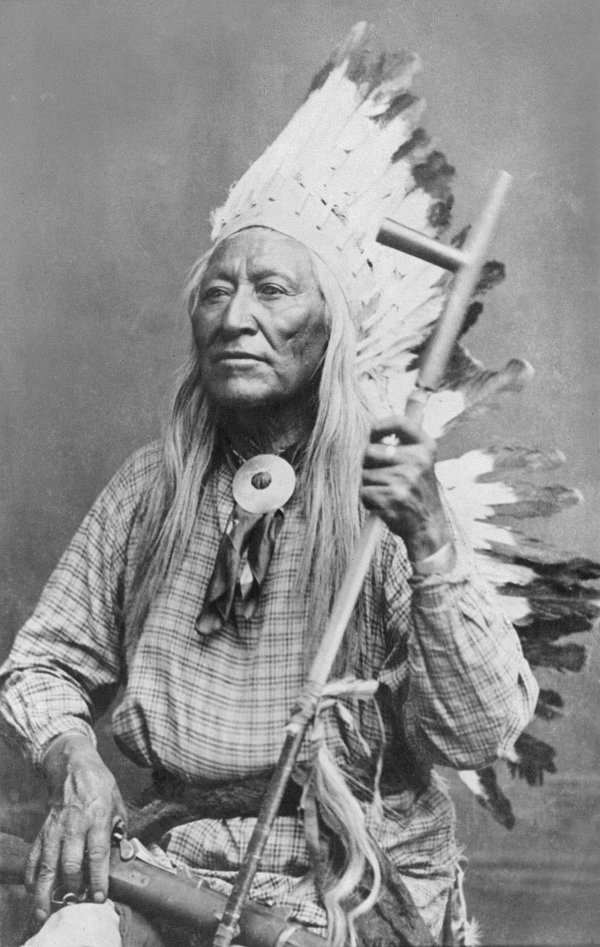 The well-known Shoshone woman, Sacajawea, who was then only about seventeen years old and carrying a newborn infant, accompanied Lewis and Clark, helping guide them through the northwest to the Pacific Ocean.

In 1840, a young man named Washakie became the principal Chief of the Eastern Shoshone, a role he would fill until his death over 60 years later.

Chief Washakie represented his tribe at various treaty and cessation councils with the federal government. The first treaty of Ft. Bridger (1863) set the rough boundaries for the Shoshone Reservation, later called the Wind River Reservation.  The treaty allowed the Eastern Shoshone a territory of about 44,672,000 acres, covering parts of the states of Utah, Idaho, Montana, Wyoming, and Colorado.

The second treaty of Ft. Bridger in 1868 fixed boundaries to a much smaller area of 2,774,400 acres in West Central Wyoming.  As a result of the Brunot Cession of 1874, the Wind River Reservation was further disminished in return for a sum of $25,000 the southern gold-rich portion of the reservation was ceded.  The rush of miners to this area near South Pass, beginning  in the early 1860s, marked the first major wave of American encroachment into the Wind River-Sweet Water region.