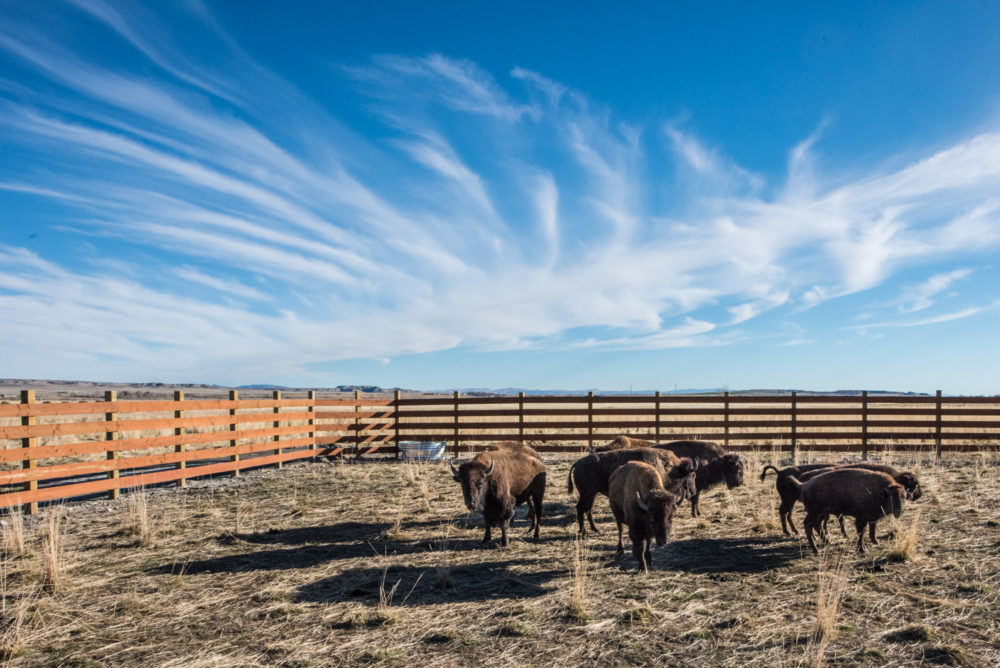 The Buffalo Return … After 131 years!

We are so proud to announce the return of buffalo to our tribal lands for the first time since 1885.

Thursday, November 3, over 200 people were on hand to witness the release of 10 buffalo on the Wind River Reservation in central Wyoming.

“It is a proud day for our tribe,” explained Leslie Shakespeare, Council Member of the Eastern Shoshone Tribe. “Bringing back buffalo will also bring our people together.”

After a 131 year absence, this was indeed a special reunion, and one that had been in the works for many years. It’s the culmination of years of work by the tribe and the National Wildlife Federation’s Tribal Partnership Program, in conjunction with the U.S. Fish and Wildlife Service.

“Today, Boy-Zhan Bi-Den – ‘Buffalo Return’ in the Shoshone language – has become a reality,” said Jason Baldes, Buffalo Representative for the Eastern Shoshone Tribe. “This restoration effort, forty years in the making, returns buffalo to our lands, our culture, our community, and generations to come.”

It’s important to note that the Eastern Shoshone have long been at the forefront of wildlife conservation, as noted by the National Wildlife Federation: “They designated the nation’s first wilderness area in 1938, more than two decades before passage of the 1964 Wilderness Act. In the early 1980s, the tribes enacted hunting regulations to conserve wildlife. Prior to this, unregulated hunting diminished wildlife populations and completely extirpated pronghorn antelope and bighorn sheep. The regulations allowed for ungulate populations to grow, and for reintroduction of pronghorn antelope and bighorn sheep. The tribes have thus restored the populations of six of the seven ungulates found in the area before the arrival of Lewis and Clark: moose, whitetail and mule deer, elk, pronghorn and bighorn sheep. The only one missing was buffalo.

Also, in the 1990s and 2000s, the tribes passed comprehensive wolf and grizzly bear management plans, recognizing the cultural and respectful relationship tribes have with predator species.”

Photo at top: By Alexis Bonogofsky, courtesy of the National Wildlife Federation