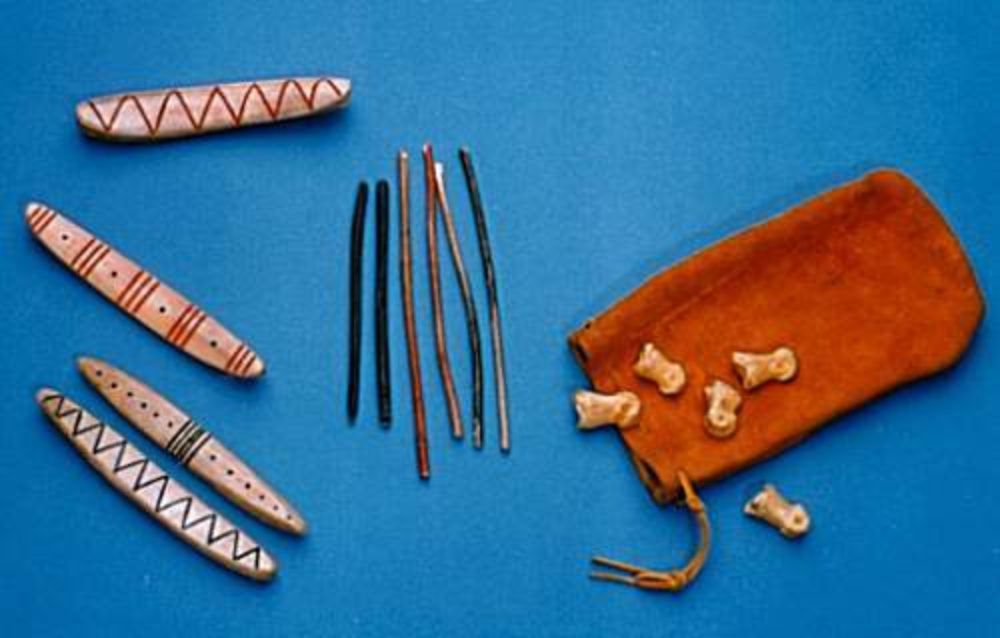 This traditional Native American guessing game, also referred to as Stickgame, predates recorded history, making it a long-standing tradition for numerous tribes in the United States and Canada. It is typically played with teams facing off against each other. Rules vary from tribe to tribe, but there is a “hiding” team and a “guessing” team, and they sit opposite one another, with two members of the “hiding” team taking a pair of bones and hide them, one in each hand, while their team sings, and uses traditional instruments (drums, sticks, rattles, clappers) to distract the “guessing” team. The “guessing” team must then guess which hands the bones are in.  For full details about this fascinating game, click here.

This tournament is just one of the many activities going on at the Shoshone Rose Casino & Hotel over the New Year’s weekend. So come on in to central Wyoming’s newest place to stay and win big.